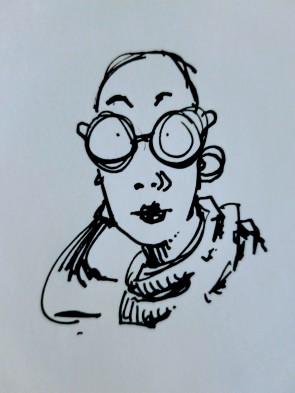 Making games for sale has become tedious. I like inventing games. I like writing and editing. I like illustrating. I like layout out. I just hate with an increasing passion all of the pressures attendant with selling them. I realized today that I am just not getting paid enough to care what anyone thinks, and when you sell something with an eye to making a buck you are literally investing in what other people think.

Part of the problem is just how many awful people there are in the industry/hobby/whatever-I-am-not-here-for-definitional-debate. I feel like I can’t distance myself enough sometimes. So this is as far as I can go.

The other issue is reach and what really cut the heart out of the pursuit for me was the death of Google+. One day I reached four to five thousand people with every musing. The next day I reach half a thousand on Twitter and two thirds of those are robots. My interaction went from tens or hundreds every week to three or four. Since I’m not interested in any of the banal work that goes into “building a brand” that’s not going to change. So fuck it. It stopped being fun when G+ shut the doors, it just took me a couple of years to realize it.

The last couple of media purchases I’ve made were magazine subscriptions — one to Nature and one to Lapham’s Quarterly. Each reveal in a different way a creative and analytical world so profoundly richer than musing on game design that I can’t leave the bathroom (where I read my magazines) without feeling like I should go back in since it’s so much more…relevant.

This is not about you. You are all, as far as I can tell, awesome. I love you. You know who you are.

And it’s not about playing games. I love playing the games I make. I will keep playing them, keep keeping that company, and maybe now play more. Maybe even make more. I’m just not going to engage with all of the senseless (to me) work that goes into selling them to you. I love these games. I’m just exhausted by the idea of having to care what everyone else likes while I’m doing it, and that’s intrinsic in turning it into a business. I don’t need the money that badly and it wasn’t much anyway. 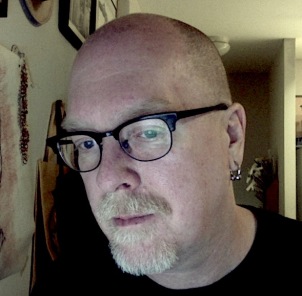 I don’t know yet what will happen with Diaspora Anabasis. There are other creatives involved and I owe them something. There’s a lot of work already done that I love and I’m having trouble summoning the kind of energy I would need to revise it so that you (notional, aggregate, and non-specific you) will love it to. It’s going to have to be enough that I love it but I’d rather not ask you to pay for a vision that doesn’t deliberately include you. I will settle for all my accidentally coincident gamer fiends.

I’ll keep writing here. Maybe more than usual. But mostly I’m going to sit with my wife and laugh at Monty Python.

Love to you all.

I’m still working all this out. I decided on a gut instinct and my brain is slowly catching up.

One thing that bothers me about these games and that has increasingly depressed me is the focus on violence. It’s gone from discomfort to disgust. I can’t even look at most game artwork without reflexively despising the fact that everyone on the cover is threatening me with a weapon or behaving as through the dismemberment of a foe was the pinnacle expression of healthy comraderie. I’ve talked about this before so I won’t elaborate. It’s all in the blog somewhere. It’s just so normalized in this hobby; so expected. And that normalization is extremely disturbing to me.

I’ve talked about this before of course.